A Celebration of Black History and OEHS 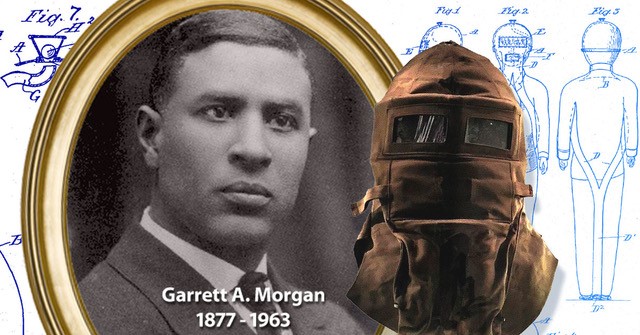 The history of protecting people has more connection to Black History Month than I could have imagined. I discovered this in 2018 when the International Occupational Health Association (IOHA) held its conference in Washington, D.C. That was my first time at the international conference listening to the stories of occupational health practitioners from around the world sharing their struggles, accomplishments, innovations, and tenacity for the occupation.

As a Certified Industrial Hygienist, I felt pride as we toured the capitol building where the health and safety department shared how it protects crews from exposure to various contaminants while maintaining the architecture of a building constructed in the 1700s.

Once the conference ended, I decided to round out my journey by visiting the Smithsonian African American Museum. Seeing that it was my first time visiting D.C., I thought it would be a good idea to walk from the hotel to the museum to take in the sights. The blocks seemed smaller on the map, but I eventually made it.

To my astonishment, there was an intersection of my history as an African American and one of the greatest inventions that I employ often: the respirator.

The patented National Safety Hood was patented and sold by Garrett A. Morgan to provide fresh air for firefighters to breathe while filtering contaminants that would be harmful. Morgan, a black man, had early success with the product. Buyers included the New York Fire Department, police departments, and mining companies.

Firefighters were finally able to enter soot-filled, burning buildings and perform rescues. Morgan and his brother Frank entered a collapsed tunnel under Lake Erie after an incident left several trapped. They were able to reach the depths of the tunnel where survivors were trapped. Morgan was rightfully rewarded with recognition from the Second International Exposition of Safety and Sanitation and other organizations.

The legacy of Garrett Morgan forever changed the way emergency responders are protected. Being African American, an occupational environmental health and safety professional, and a Certified Industrial Hygienist, I am proud to continue on his legacy with bravery, innovation, and tenacity to think outside the box to protect people and the environment.

The BGC blog is intended to serve as a professional discussion of the challenges faced by our certificants and a celebration of their accomplishments. Comments in support of that goal are welcome. It is not a general discussion forum and negative comments or airing of grievances will not be posted. If you have any comments, concerns, or other issues not covered by the blog, please email Info@GoBGC.org. Thank you.